Long long ago in 2012 in a place called Kensington located in London, England a boy looked up at a TV in a small pub on Gloucester Road.
As he watched the Olympics Games he was sad he was not there and looked on as athletes he had beaten put on their Great Britain vests and performed in front of millions around the world. To make things worse, a little while later he found himself homeless and he decided things had to change. But how?
As he sofa surfed around London he took a piece of paper to a run-down pub in North London and started to think of ideas.

Sex Parties
After thinking of different options he decided on events because with events all you really need is a venue and great people. Even better, if you structure it correctly you can use the advance ticket money to pay for the venue, meaning you can create an event with no capital at all. Perfect for a guy with £9 in his pocket drinking tap water at a pub.

He was already “in the scene” and frequently attended private adult parties with girls he knew whilst always feeling he could do parties better. As his network grew he was able to create a new kind of party for the elite.

He created small parties with friends which resulted in great reviews and word started to spread.

He wanted to go bigger and when an investor offered £20,000 to take the concept to a new level, he jumped at the chance. He called the new venture Heaven SX which stood for (Heaven Sex)

This was a huge opportunity for a guy who was still sofa surfing and homeless. The idea was to hire top DJs and have big “vanilla” dance parties, then select the most attractive and bring them to a sex after party.

He hired Pacha nightclub and booked a stunning venue for an after-party. He brought in a partner who claimed to be a "Specialist Promoter" for the mainstream party whilst he focused on the sex party.

Then launch night came and………….. it was a disaster!

The specialist promoter didn't do a great job. Around 20 people showed up in a club that could hold thousands and long story short the entire £20,000 was lost in one night.
It's fair to say the founder was absolutely devastated and to this day, it is still the second-worst night of his life.

In a twist of fate a girl who was at the party wrote for one of the biggest magazine publications in the world and from that point on the sex party snowballed and gained huge media attention...

He changed the name from Heaven SX to Heaven Circle for a number of reasons and he delivered on his promises. The parties had incredible reviews and within a few years, they had thousands of members not only in London but across the world. They had great national and international media attention. They were in magazines, newspapers, TV, online articles, radio and more... the database grew to thousands of people and he paid back the investors £20,000

However, as Heaven Circles' popularity grew another problem occurred. How do you keep Heaven Circle exclusive if so many people know about it and want to attend?

Nights Of St Francis Was Born

Heaven Circle was always about quality over quantity. With only 1% of applications getting into Heaven Circle what to do with the other 99%?

He created a second chapter, called Nights Of St Francis, which was more inclusive and acted as a selection event for Heaven Circle under a completely new brand. He also added more of a kink element. This way he was able to have anywhere between 150 and 400 people attend an event and still have something very exclusive with Heaven Circle.

As more people came to Nights Of St Francis he realised, some girls like lots of guys, some girls like only girls and some couples and singles preferred smaller events that are more intimate.

He brought back Heaven SX for the smaller house parties, then he created Heaven XX for the all girl parties (XX is the chromosome for girls) and Heaven Noir for the blindfolded party as all they would be able to see is black when they are blindfolded.

However (as you can most likely tell from just trying to read the above paragraph) it was too complicated and also because it had the name Heaven, many thought they were attending a Heaven Circle party when they were not.

So he created three completely separate brands to cater to these preferences in the form of Blyndfolds, Sorority XX and The Masons Lodge
There are reasons behind the names, but we will save this story for another day….

Time went by and the parties went exceptionally well.

In 2020 all events stopped. It proved rather difficult to throw a sex party from 2 meters way, within your own household bubble...

So what to do?

In 2019 he raised capital to build an incredible new site. However in 2020 the company building it went bust, then the next team that built the new site created something unusable and on top of this all events stopped.

He then raised more capital and started his own development company in India, hiring his own developers, his own office, his own computers….Then India went into full lockdown.

However through persistence, the new HeavenCircle.com site launched in the summer of 2021.

Whilst the site was being built he decided to ask if members who attended the parties would like to be filmed or film themselves to bring a little bit of naughtiness to those who could not leave their home during lockdown. The response was unbelievable!

After several rounds of choosing people 12 girls were chosen and online content was born in the form of 12 Masons.

12 Masons is the ONLY event which is filmed or where a camera is allowed anywhere near the party, all participants wear masks and some are also blurred too.
12 Masons gave many who could not attend our events the ability to share in the fun from the comfort of their home and the exhibitionists something to show off with and watch whenever they please with the comfort of strict confidentiality…. 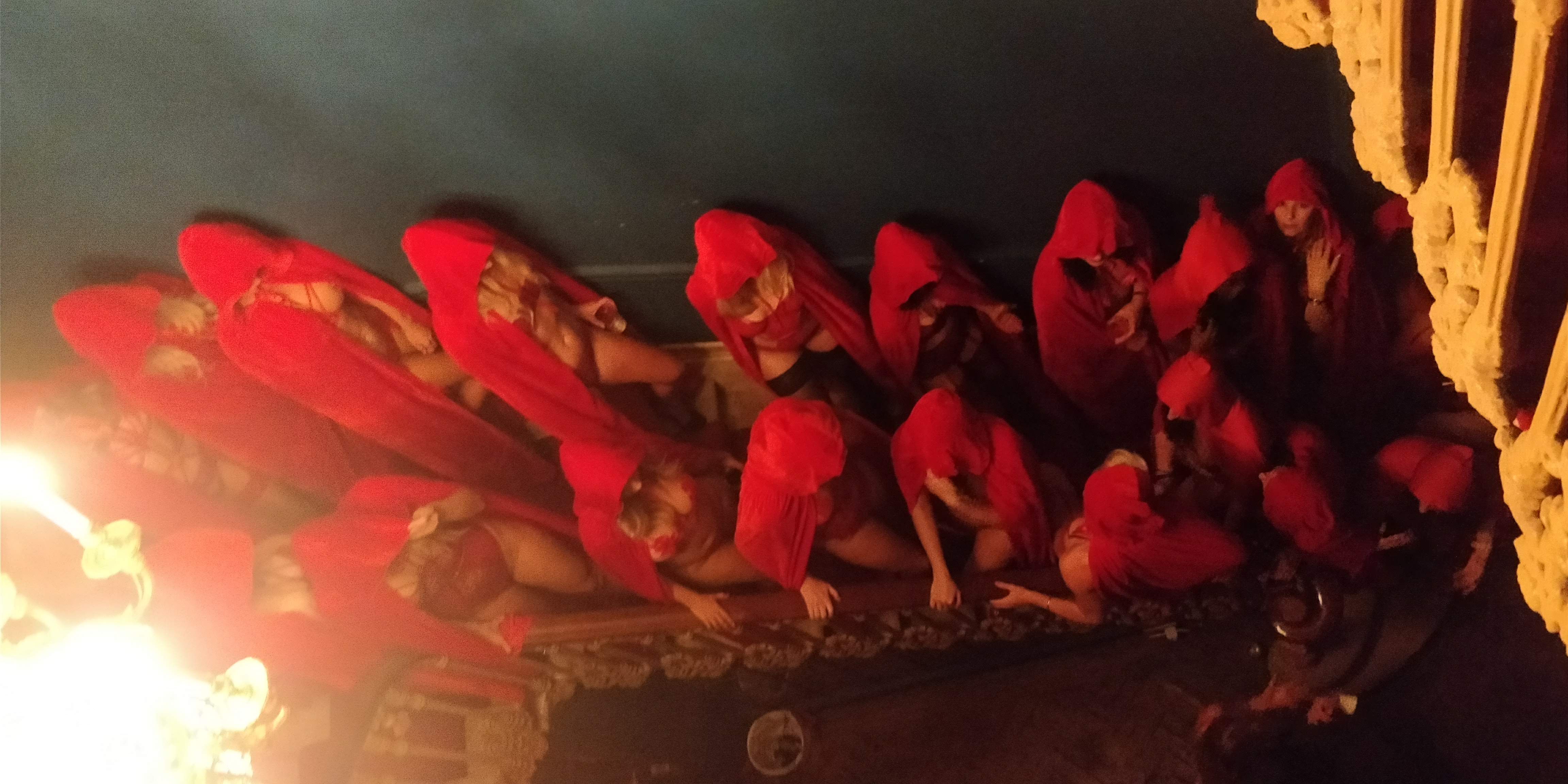